Where God Leads Me 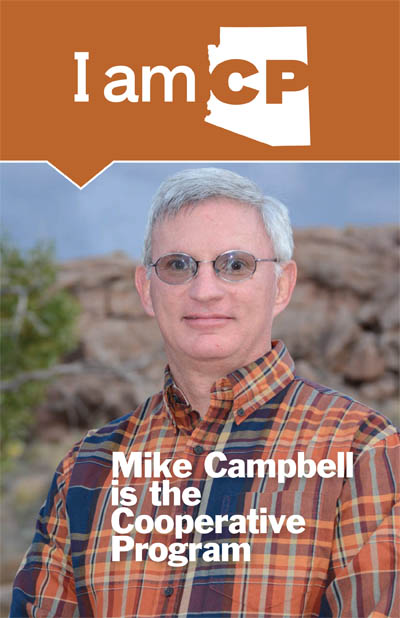 When a youth pastor invited Mike Campbell to join him on a mission trip to Eastern Europe, he was introduced to Mischa, a young orphan. For Mike, it was like looking into a mirror. In fact, “Mischa” means “Mike.”

Mike ultimately spent 12 years in Eastern Europe as a missionary with the International Mission Board.

In early 2015, Mike felt God calling him back to the United States. Several months later, IMB officials offered a voluntary retirement incentive to some of the missionaries, which Mike accepted.

He says God seems to use him where there is the greatest need, and he believes, in America, that is the Navajo Nation.

After several visits to Arizona, Mike now works with another church planter, Navajo Pastor Jesse Billy, to train others to establish house churches and share the gospel. Plans include holding quarterly gatherings of all the churches.

“People live in little settlements of 50-to-60 people where we plan to develop home groups,” Mike says. “This fits into the Navajo culture, because they are a tribe but live in clans, like extended family.”

Without the Cooperative Program, Mike Campbell could not be the church planter God has called him to be.

Mike Campbell is the CP.