Sharing the Gospel With Refugees 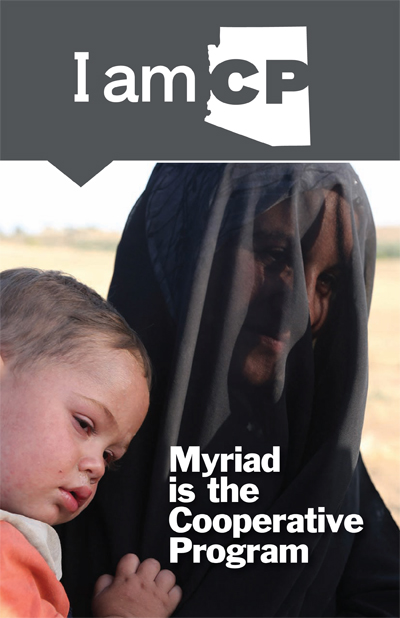 Her name could be Myriad, for she is one of many. Thousands of her countrymen surround her here, far from home, in a refugee camp.

Myriad has been impacted by the Cooperative Program. Little did she expect what has happened in the midst of her calamity.

In a refugee camp for Middle Eastern refugees, she got an unexpected surprise, a blessing from God. A woman who was helping her with much-needed aid shared with her the Good News about God’s love. She received Jesus as her Savior.

The woman who led Myriad and some of her companions to know Christ was an International Mission Board worker, supported by the Cooperative Program.

The IMB worker, Libby Carman*, herself had been forced out of her assigned mission field by political upheaval. She relocated to an area where refugees from war-torn Middle Eastern countries were coming.

Libby says, “Fast-paced visits with the refugees flooded my first several weeks. I grew increasingly humbled … as I saw their need, their desperation and listened to their stories.”

God led Libby to link up with a believer who was trained in education. Together they created a ministry to deal with the physical and spiritual needs of the refugees.

“We shared Bible stories with refugees, led studies with women, and discipled new believers,” says Libby. “God laid it on my heart to [teach] families to take charge of their children’s education through homeschooling.”

In a short while, there were eight new believers. “A true miracle,” exclaims Libby as she enthusiastically pursues her multi-faceted ministry to Myriad and the many who surround her.

Libby Carman is the CP.

Myriad and Middle Eastern refugees are the CP.

Because you and you church give, You are the CP.