Reaching the World in Arizona 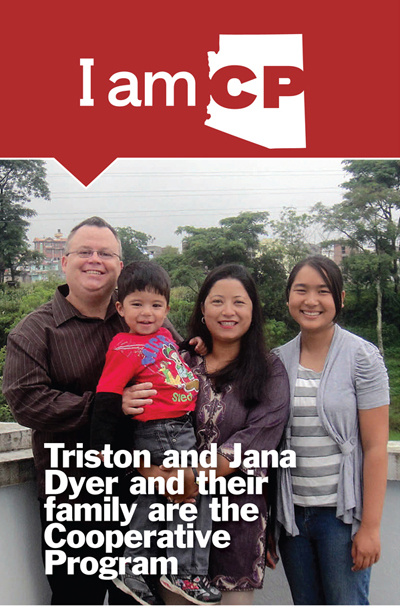 Jaya Dyer did not hear the gospel until she was 10 years old. She was raised in a Hindu family in the country of Nepal.

At a Christian wedding, she saw people who had real joy. They invited her to the church where she heard the gospel and gave her life to Christ.

When her father told her she would have to choose between staying in the family or following Jesus, Jaya moved in with the pastor and his family. She grew in her faith and served in the various ministries of the church — the worship team, the orphanage, or whatever needed to be done.

When she was grown, she met a young man named Triston who came to Nepal as a missionary. They fell in love and were married at the foot of the Himalayas. They endured much persecution and opposition serving as missionaries together, but God used them in a great way.

In 2010, they came to Tucson, where Triston’s parents lived, on furlough from their mission work. The first Sunday they attended Rincon Baptist Church, Catalina Association Director of Missions John Guillott shared a need to reach Bhutanese people who had moved into the city.

Triston and Jaya immediately knew these were Nepalese-speaking people who had come to the United States seeking refuge. They had come back to Arizona to reach the very people they were ministering to in Nepal.

Thanks to your gifts through the Cooperative Program and a partnership with Rincon Baptist Church and Arizona Southern Baptists, the Dyers are planting a church in Tucson for the Bhutanese. They have led many to the Lord and seen them follow in baptism.

Triston and Jaya Dyer are the CP.