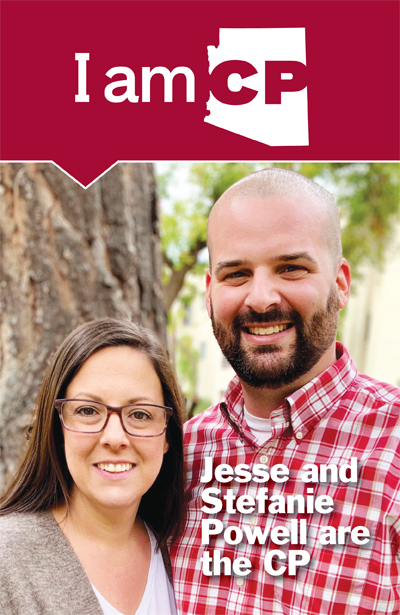 Jesse and Stefanie Powell have seen firsthand the many benefits of Southern Baptists working together through the Cooperative Program, and it has played a significant role in their being in Arizona.

Stefanie came to Arizona for the first time in 1996 when her father, Steve Bass, became executive director of the Arizona Southern Baptist Convention. For Jesse, it was serving as a North American Mission Board collegiate missionary in 2003 that first brought him here.

In February 2015, the Powells moved their young family 1,700 miles from rural Alabama to Phoenix to be part of a church planting movement in Arizona.

“God began to give us a passion for church planting and a heart for the West, and He eventually led us to Phoenix,” says Jesse, who now serves as a church planting catalyst with the North American Mission Board. “We’re able to see every day how the cooperation of Southern Baptists is helping church planters engage one of North America’s fastest-growing and most unreached cities.”

In addition to their work with church planting, the Powells are also involved in foster care. Since 2015, they have been licensed through Arizona Baptist Children’s Services & Family Ministries, which receives support from Arizona Southern Baptists through the Cooperative Program.

“We are blessed to have a Christian support system in place as we navigate the joys and challenges of foster care,” says Stefanie. “We have always had licensing workers from ABCS who pray for us and with us, and that has been so encouraging.”

The beauty of the Cooperative Program is that it allows Southern Baptists from across Arizona to be part of church planting and foster care, among other ministries, with their faithful giving.

Jesse and Stefanie Powell are the CP.