Zona Camp: A reason to celebrate 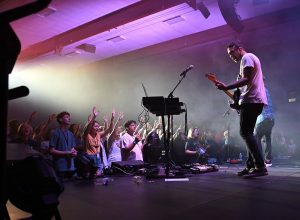 On the final night of Zona Camp, the atmosphere is celebratory — and for good reason.

Teenagers jump and sing, the joy in the room a testament to the life change that happened this week. Over the four days of camp, middle and high school students have connected with Christ and each other, and now they are free to drop pretenses, get silly and rejoice in battles won.

Almost 600 people attended Zona Camp from June 26-July 1 at California Baptist University in Riverside. And of the 421 students, 26 made first-time commitments to follow Jesus, 17 rededicated their lives to Him, and 17 answered a call to ministry.

Throughout the week, speaker Heiden Ratner and the Phoenix-based band WILD EARTH focused on the camp’s theme: Revive, based on Psalm 85:6.

“With the theme, we really wanted to bring encouragement and hope out of the difficult season that we have seen over the last couple of years,” said Zona Camp director Chad Murrell. “We felt like the theme of revival on a personal, congregational and cultural level could bring that hope.” 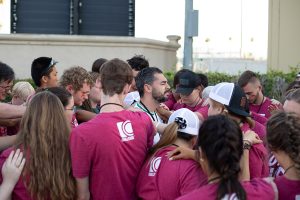 The theme also complemented Zona’s return to CBU, the camp’s home for about 10 years until campus construction made relocation necessary in 2017. Since then, Zona Camp has migrated from Northern Arizona University to Biola University to Glorieta Camps.

Murrell said that Zona’s return to CBU was God-orchestrated, with the university reaching out to the Arizona Southern Baptist Mission Network.

“God opened the door right when we needed the door opened…” said Murrell, who is also the lead pastor of First Southern Baptist Church of Scottsdale. “None of the campuses I had talked to would work, and so for CBU to out of the blue call us and ask if we wanted to come back when we were desperate for a location, how else do you explain that?” 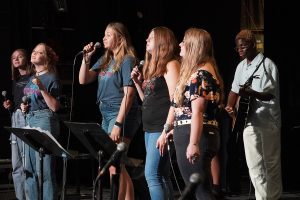 And so for one week in June, teenagers crisscrossed CBU’s campus, experiencing revivals of their own.

For Parker Jones, a graduated senior from First Southern Baptist Church at Sahuaro Ranch in Glendale, God used Zona Camp to reaffirm his desire to work as a medical professional.

“Right now, I’m pretty sure my calling is to do something that excites me because it’s so unknown to me,” Jones said. “My calling is to go into the secular world and live out my faith and minister there, not as a paid missionary, but as an example of Christ in the world. Zona is what God used to bring me there.”

During his week at camp, Jones went through Zona’s leadership development track, Impact. Murrell points out that Zona operates as four camps in one — Impact, Zona Experience, Mission Life and Worship Catalyst — with experiences for students at every stage of their faith journey.

For adults, too, Zona offers a variety of ways to engage.

About 30 Zona Crew college students, including Ellie Nelson, led small groups and did much of the heavy lifting at camp. To put together that team, Zona partners with Christian Challenge and Southern Baptist state conventions in Tennessee, Georgia and Texas. 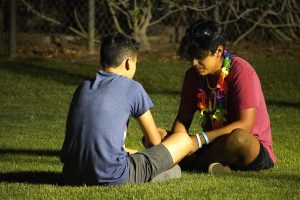 “It’s been really encouraging to see the Lord working in so many different ways that you’re not even able to see it all,” said Nelson, a student at Augusta University in Georgia. “It’s actually really hard to describe how the Lord has been working, because you don’t know everything that is happening.”

“We are enabling kids to still be at camp when things go wrong or to help them out when things are bad enough that they have to go home for whatever reason,” she said, adding that Zona can always use volunteer medical professionals.

All of these volunteers — from college students to the team of volunteer student pastors and leaders who plan Zona Camp throughout the year — help design a week that leads students to God.

“If we can be part of helping students come to know Jesus, grow in Jesus and see the mission for their lives through Jesus, we win…” Murrell said. “We are part of what Jesus is calling us to do.”