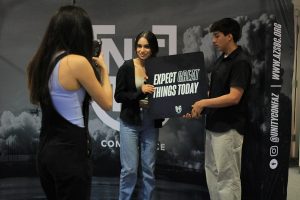 Unity Conference in Yuma was three days filled with God’s Word, worship and prayer for the youth in Arizona. From day one, the atmosphere was filled with energy and expectancy for what God was going to do in the next couple of days at the conference.

Teenagers and youth from all across Arizona, including cities like Tucson, Douglas, Phoenix and Tempe, came to Yuma to spend three days in Unity. There were also youth from California who joined the conference as well.

The conference speakers were Oscar Tortolero with the International Mission Board; Misael Martinez from Comunidad Cedes in Calexico, California; and Josue and Carolina Castro from Tierra Fertil in Yuma.

“God spoke to me through his Word those three days,” said Mateo Hernandez, an attendee of the conference. “I now have a better understanding of His plans for me.”

Every speaker came with a powerful message on the theme “The Future is Now.” They invited the youth to stop waiting for tomorrow to follow God’s plan and calling for their lives and to take action now. 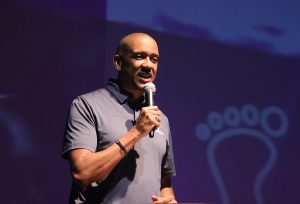 “God calls us to preach His Word to the nations, but He also calls you to share His Word to your loved ones, those at school and those in your city,” said Oscar Tortolero (IMB). The messages challenged the youth to go out and share the “good news” of the Gospel and to go beyond the four walls of the church.

The workshops/breakout sessions were an interactive part of the conference. Living on Mission, A United Worship Team, Following God’s Calling and The Reality of Your Mentality were some of the workshops this year. These workshops were planned to equip the young leaders of Arizona to go back to their churches and bring fresh ideas, a new vision and a heart to help their pastors and leaders push forward and bring life to the church.

“We believe that the youth of our churches aren’t the church of tomorrow, they are the church of today and we want to invite them to serve in their church, be there for their pastors and love the people in their communities,” said Vanessa Montero, leader of The Reality of Your Mentality workshop on mental health. 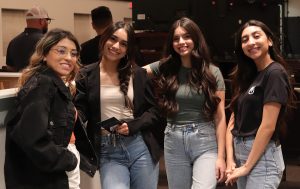 The youth were able to pick which workshops they wanted to attend during the two workshop sessions.

Unity was also filled with lively worship from the Tierra Fertil worship team. Songs about God’s grace, His faithfulness and His goodness echoed throughout the auditorium every single day.

“Worship isn’t something we do, it’s the way we live,” said Andrea Hernandez during her worship workshop.

Many youth left inspired to worship God through music, learn how to play instruments and build worship teams in their churches. The event ended with the youth getting out of their seats and worshiping God in front of the stage, jumping and celebrating what God did through the three days of Unity. 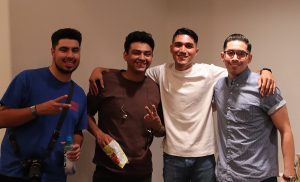 Unity is an event that has been impacting the lives of many youth in Arizona. The conference speakers, worship team, workshop speakers and the Unity team’s sole purpose is to equip the local church and inspire the young people to be the church.

Hanna Castro, a volunteer greeter for Unity, said, “Unity was a life-changing experience for me this year. I got to see kids like me with problems like mine worship God and grow in their faith.”

There is something special about Gen Z, and Unity is committed to reaching them and letting God use them for the advancement of the Gospel.

Sam Castro is youth and creative director at Tierra Fertil in Yuma.