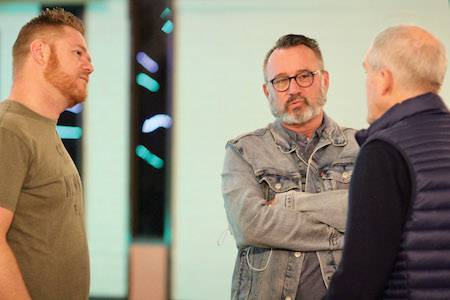 In January 2019, Central Association of Southern Baptists reinvented itself as Thrive Baptist Network. That was the beginning of a radical turnaround affecting more than 70 churches in the greater Phoenix area.

“At that time, debt was keeping the association from moving forward,” Allen says. “But we have a tremendous story of financial recovery. Over the last two years, we’ve made some hard decisions.”

The network sold several properties originally purchased for church sites and then paid its debt in full.

Now, the network can start investing those funds into the ministry, he says.

“Throughout the time of financial hardship, the network successfully fulfilled every request for assistance, due largely to the part-time status of staff members,” Allen says. “We expect to say yes to bigger requests in the future.”

While Allen provides primary oversight, the associate directors each focus on pastors and lay leaders of churches within their geographic area — affectionately known as “Tribes.”

The five principles of the Thrive leadership model are connecting as leaders, developing leaders, partnering in outreach, multiplying churches and embracing unity.

Through partnership with the North American Mission Board, the network has developed specific ways to engage leaders. Besides individual Tribe gatherings, the network conducts “First Mondays” leadership roundtables for lead pastors and church planters.

“We want camaraderie with other pastors,” Allen says, “learning best practices from guys who are getting it done in our city, church planting, evangelistic efforts of our local churches, anything that would make Jesus known. Everything counts.”

The network also partnered with Asante Church and Redemption Road Church, which launched in the West Valley in December 2020.

Not surprisingly, the network has already developed its next steps.

“It’s a work in progress,” Allen says. “We’re certainly not where we’re going to be, but we’re taking those intentional steps along the way to get to what’s next.”

–Learn about your association and how you and your church can be involved.

–Find out about leadership opportunities in your association and help determine next steps.