The Power of a Network 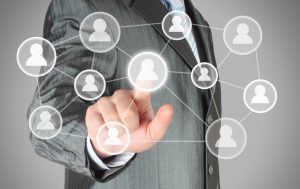 Just think about YouTube. The current estimate is that this internet video platform has 2 billion users, up from 800 million in 2012. Almost half of all global internet users access it every month and more than a billion hours of content is viewed on YouTube every single day. That is a powerful network.

Or think about Facebook. It boasts 2.91 billion monthly users as the largest social media outlet in the world. And the online Bible app YouVersion has now surpassed 500 million downloads since 2008. That is more than any hit TV show.

But they also have a powerful influence for those on the outside. Think about how quickly a network can shape public opinion or mobilize thousands of people to do something when a video or story goes viral. This is also true of the church.

The Bible refers to the church as the “Body of Christ” (1 Cor. 12:27; Eph. 4:12). Christians are not just individual believers, they are part of a larger network. As such, every believer has a part to play and a gift to bring to the process of building up the rest of the body that is the church.

There are many benefits to being a part of the Body of Christ. We are not only recipients of God’s grace, but the love and ministry of people around us in the church. In fact, we often wonder how people get through difficulties without having a church family to help them. The Christian life was never meant to be lived alone. We need the network of the Body of Christ!

The network of the church also has a powerful influence on those outside. In the parable of the mustard seed, Jesus taught that, despite its small beginnings, the kingdom of God would grow to provide shelter for many. And in the parable of the leaven, Jesus predicted that the impact of the kingdom of God would be pervasive. A network has the ability to affect far beyond the individual parts of it.

Jesus commanded His followers to make disciples of all nations (Matt. 28:20) and to be His witnesses to the ends of the earth (Acts 1:8). That begins with reaching a local community (Jerusalem), then a region (Judea and Samaria) and then beyond.

One has only to observe the diversity of the Body of Christ around the world to take note of its international influence. Indeed, we look forward to a day when people from every tribe and tongue and nation will gather to sing praise around His throne (Rev. 7:19). That’s the power of His network!

What is true of individual believers is also true of churches. We were never intended to go it alone. We need each other. Churches are stronger when they work together. We can do far more together than we ever could by ourselves.

Scientists recently learned the reason ducklings swim in a line behind the mother duck is because even the littlest ducklings can swim farther and faster when they go together. This observation may actually change the shipping industry. It should also change the way we see the local church. We can swim farther and faster together in a network. We are better together!

Like the Body of Christ, each church plays a unique and important role in accomplishing the mission. Each church brings its own strengths and competencies in different areas. We learn from each other and grow from hearing each other’s perspectives and experiences. We discover new ways of reaching our communities and growing disciples through sharing with one another.

When one church struggles in an area, those who are stronger can help. Every church has something they can contribute, and the collective strength of the whole is greater than the sum of its parts. That is what a network is all about.

The impact a network can make on the world is exponentially greater as well. When churches join together, they are able to accomplish much for the kingdom of God.

It was a small group of churches that joined together to give an offering for the suffering, struggling church in Jerusalem in the New Testament era. That may be the first example of churches working together in a network to accomplish something greater beyond themselves, but it would not be the last.

It was a small association of churches in England who sent the first missionary out in the modern era. That action inspired hundreds of other churches to join together and send more missionaries out, and the modern mission movement was born.

It was a small group of churches who joined together in 1845 to form the Southern Baptist Convention for the expressed purpose of “eliciting, combining, and directing the energies of the whole denomination in one sacred effort, for the propagation of the Gospel.”

And, as Jeff Iorg, president of Gateway Seminary, says, “God has used Southern Baptists despite their flaws and while they are flawed to accomplish more temporal and eternal good than any other denomination in American history.”

It was also a small group of eight churches who met in Globe, Arizona, in 1928 to form the Arizona Southern Baptist Convention for the purpose of promoting the “concert of action among Baptists” for “the spread of the Gospel of Jesus Christ in Arizona and throughout the whole world.”

Think for a moment about the power of the Arizona Southern Baptist Mission Network. Over the years, hundreds of churches have been planted, hundreds of ministers and missionaries have been trained and sent out, and thousands of people have been reached with the Gospel and discipled. And we are just getting started!

Think about the potential for the future as we work together in this network. We can reach more people, make more disciples, plant more churches, train more leaders and send more missionaries than we ever have before. That is what God can do when we work together. That is the power of a network!