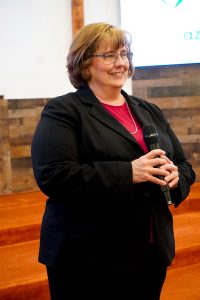 Protecting the vulnerable in the church is a top priority in the Arizona Southern Baptist Mission Network. A Sexual Abuse Response Team has been working steadily in 2022 to develop plans and resources to help churches prevent sexual abuse and respond appropriately should it happen.

“This is a special night talking about a difficult, but important, topic,” David Johnson, Arizona Southern Baptist Mission Network executive director, said. “We must get this right. There is too much at stake,” speaking of the harm to victims and the shame brought to the Gospel. “Our future responses will bring glory to God.” 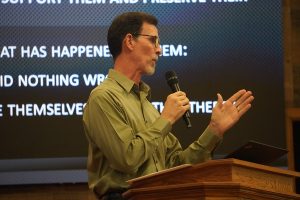 Scott Valentine, a counselor with New Life Counseling, a ministry of Arizona Baptist Children’s Services & Family Ministries, said speaking to a real-life human being is the first step to healing for the abused.

“It starts with a caring Christian listening and not judging,” Valentine said. “They need to talk. Your response should be to listen, be engaged — it makes all the difference in world.”
Speakers agreed it was sad and unfortunate to have to address this topic.

“We live in a broken world, but there is hope and healing on the other side for the victim,” Valentine said. “The good news is you don’t have to fix them or their problem, just listen to them.”
Usually terrified to share what’s happened to them, victims need to be heard and believed and to be assured what happened to them was not their fault. 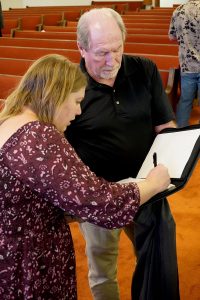 “It’s part of the grooming of the victim,” said Chad Murrell, a member of the Sexual Abuse Response Team, Zona Camp director and lead pastor of First Southern Baptist Church of Scottsdale.

Predators often tell their victims, “I wouldn’t have done that to you if you had not been where you were or doing what you were doing,” Murrell said. In other words, it’s the victim’s fault.

For too many years, the church has assumed there isn’t a problem, Murrell said, and that must stop. He recommended churches use MinistrySafe, a program created to equip churches to protect vulnerable children and adults from the risk of sexual abuse by providing awareness training, screening processes, background checks, policies and procedures, and oversight systems.

Caring for victims is crucial. Equally crucial are prevention and reporting the abuse when it’s disclosed to authorities. But what does that look like in the life of a church? How does one recognize a predator? Who does one call?

“[MinistrySafe] provides a training protocol for your church,” Murrell said. “Volunteers and staff train to recognize abuse, grooming practices the predator uses, behaviors of victims and offenders, what to say to a victim, and how to report abuse.” 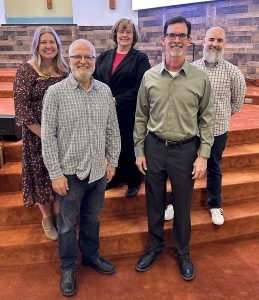 Perpetrators see churches as target-rich environments for access to children.

“If a church has these policies in place and follows through with them, a perpetrator will move on to the next church,” said Dan Sneed, Sexual Abuse Response Team member and member of North Phoenix Baptist Church in Phoenix. “We don’t want to pass the problem on, but we don’t want to be a place of victimization.”

“A church’s mishandling of cases like this causes a wound deeper than pretty much anything else I’ve ever seen,” she said. “It cuts to the core; it cuts to your spirit. Victims experience guilt, anger, grief, despair, doubt, fear of death and believe that God is unfair. It’s an injury we must prevent.”

Deborah Leuthold, a freelance editor and writer, is a member of Avondale Baptist Church in Avondale.

Pastors’ Conference: A message of hope, a challenge to community ministry