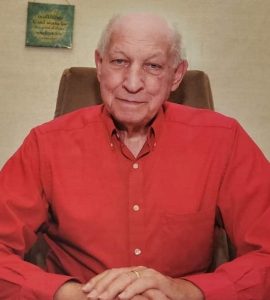 Long time pastor and church planter Jimmie Woods died in Phoenix on May 21. He was 88.

He was preceded in death by his faithful wife and ministry partner, Gladys, who died in 2021.

“In a day when we see so many tragic examples of leaders who fail morally or quit early, it is a joy to see a faithful example of a pastor in the life of Jimmie Woods,” said David Johnson, Arizona Southern Baptist Mission Network executive director. “Jimmie served churches in Arizona as a pastor for six decades, bivocationally for most of those years. He even planted a church in his 70s!

“While he never pastored a large church, his influence looms large in the lives of the people he served over the years,” Johnson continued. “I have said many times that Jimmie Woods is my hero. Now he has finished the race and left a great example for us to follow.”

Called to pastoral ministry at the ago of 19, Woods completed a college and seminary education. Through the years, he held several secular vocations, including editor of the Douglas Dispatch and Arizona Silver Belt, and owner and editor of the San Carlos Moccasin. These jobs provided income as he and his wife diligently served Arizona church endeavors. 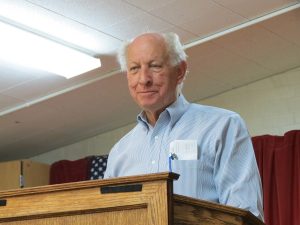 Serving in more than 15 churches as a bivocational pastor and church planter, Woods continued to lead congregations even though retired. He was pastor of Westridge Baptist Church in Phoenix at the time of his death.

Countless individuals still recall how Woods mentored and ministered in their lives. Time has not diminished the influence this man has made on fellow Arizona Baptists.

As we say a temporary goodbye to Jimmie, words several familiar words will be on the lips of those who knew him … faithful, well done and “I’m available, Lord.”

Memorial Services will be held in the High Desert Middle School auditorium in Globe on Saturday, June 4, at 11 a.m. The family suggests that donations be given to your favorite church in honor of Jimmie Woods.