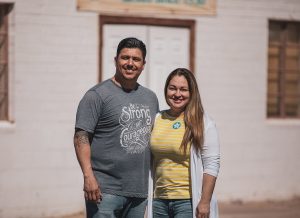 One of the values of the Arizona Southern Baptist Mission Network is the opportunity for churches across the state to collaborate. Calvary Baptist Church’s Parker campus and First Baptist Church of Parker recently experienced the power of networking.

In 2018, Calvary Baptist Church in Lake Havasu City established a campus in Parker to lead people in that area into life-changing relationships with Jesus. The new church strives to be involved in the community and reach young families.

As Calvary Parker’s influence spread, they needed more resources and facilities to continue their work. At the time, the local school they were meeting in limited their potential for ministry.

“Having a building would enable us to do more during the week with youth, Celebrate Recovery and faith-based counseling services in our community,” said Ruben Magdaleno, pastor of Calvary’s Parker Campus. “Having a building was not the mission, but it was part of the plan.”

Properties rarely list for sale in Parker. Finding a building suitable for their ministry needs would be a difficult task.

After much searching, Calvary found a property to move into. However, the new facility was not conducive to the long-term ministry goals of the church. 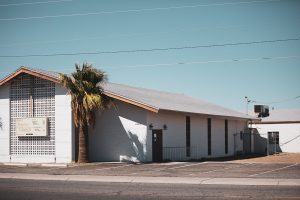 Meanwhile, in the same town, First Baptist Church was in the process of closing its doors. The church had been without a lead pastor and was struggling to survive.

Bruce Cannon, network director for the River Valley Mission Network, assisted the church through the process of redistributing their assets, including their property.

Over the past several decades, FBC Parker had established a legacy of planting new churches and had a passion for reaching young families in the community. Even if the church were to end, the congregation wanted their property to bless a church with those same goals.

Cannon informed First Baptist’s members of several ministries within the network that could be blessed by their donation, but one truly caught their attention — Calvary.

“FBC Parker’s people were passionate about reaching young families and saw that Calvary had the resources to be successful,” Cannon said. “With our network, relationships are already established, and the ministries have a doctrinal foundation in common.”

After a unanimous vote, First Baptist offered their facilities to Calvary, a month after Calvary had begun to move into their new location. Magdaleno gladly accepted their offer. First Baptist was so ecstatic about the transition, many of their members joined Calvary’s congregation and began serving.

“One person [from First Baptist] said, ‘The enemy thought we were going to shut our doors, but now we’ve come back stronger, better and younger than ever,’” Magdaleno said. “FBC Parker trusted God to continue the mission in Parker.” 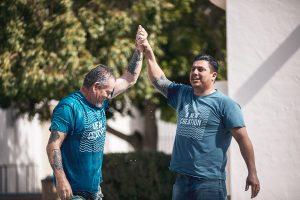 Calvary Parker is reaching people with the Gospel and baptizing them.

Recently, Calvary was able to serve more than 300 people in the community through their Winter Fest event. Several members from First Baptist who joined Calvary were able to participate in impacting their town with the love of Jesus.

Calvary members are anticipating the day they will leave the high school auditorium — where the church has met since its start — and begin worshiping in their own facilities. Thanks in part to a grant from the Arizona Mission Offering, the buildings — constructed in the 1950s — are being completely remodeled. For some of the new Calvary members, it will be a homecoming.

Noah Jaeger, a freelance writer and photographer, is a member of North Phoenix Baptist Church and serves on the Christian Challenge staff at Arizona State University’s Downtown Phoenix campus.