My Friends, Jack and Wade Carlisle 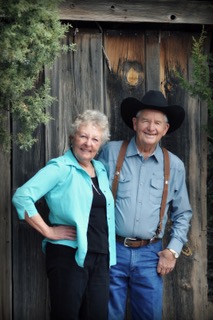 Hopefully every pastor has served with faithful, supportive, kingdom-focused laymen and women. Hopefully, they’ve known those kinds of people in every place they’ve served.

When I served as the pastor of First Baptist Church of Show Low, I had the privilege of having a number of people like that to serve with. None were more faithful than the Carlisle family.

Although we haven’t seen each other often since I left that pastorate in 1997, we maintained our friendship over the years. Sadly, they lost two of their members in less than a month this spring. Jack Carlisle, the patriarch of the family, passed from this life at the age of 83 on April 8 and the middle son, Wade Carlisle, died in an auto accident in the early morning hours of May 1.

This is not intended to be an obituary for my two friends, it’s meant to be a tribute to two men who made a difference for the kingdom of God.

I first met Jack and Phyllis Carlisle in 1991, when I was called to serve as the pastor of First Baptist, Show Low. Jack was serving as deacon and as the music director of the church. He and his family were faithful and supportive in every way.

What I didn’t know when I first met them was the legacy of service I was witnessing. Jack was born and raised in the little community of Burton, which is just outside of Show Low. His parents were members of Burton Baptist Church, which still serves its community today.

Burton Baptist had tried unsuccessfully to get a church started in Show Low several times. It was determined the best way to accomplish this was for the Burton church members to close their doors temporarily and go into town to establish a Southern Baptist church. Jack went with his mother and father to help start the church. Once it was healthy enough for the Burton folks to go back to their church, Jack stayed with the new church.

Jack took a class the association had for music directors and later took a class at Grand Canyon College when he was a student there. He had served as the music director for First Baptist of Show Low and later Burton Baptist Church almost continuously since he was 18 years old. He also served as a Sunday School teacher and a deacon in his churches.

Jack’s service didn’t stop there, though. Because of the example his parents set for him, Jack also served through the Desert Pines Baptist Association. Former Director of Missions and Pastor of Burton Baptist Church Matt Gaston said Jack was an invaluable asset to the association. He served on the association’s executive board and was a key leader in establishing the Burton Camp.

“If it hadn’t been for Jack Carlisle and Doug Ball, we wouldn’t have Burton Camp today,” Matt said.

Generosity was also one of Jack’s attributes. He gave generously to his church, the Burton Camp, to help people go on mission trips through the association and to Arizona Baptist Children’s Services. 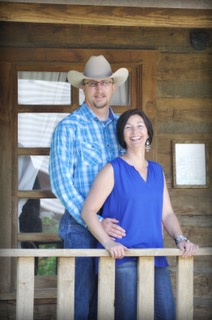 Because I’m 19 years older than Wade Carlisle, I’ll always think of him as a young man. But at the age of 50, he was a median-aged adult with a wife and two beautiful daughters.

While I was serving as pastor in Show Low, Wade sensed a call to ministry. After he graduated from Northern Arizona University, he attended and graduated from the Arizona campus of Golden Gate Seminary (now Gateway Seminary).

After he and his wife, Sandy, married and settled in Holbrook, Wade began to serve as the associate pastor of First Baptist Church of Holbrook, where he served for the last 20 years. His greatest contribution to the ministry of First Baptist will undoubtedly have been his work with the youth of the church.

He worked very hard to disciple the youth and made many lasting friendships with them. One of the things Wade instilled in the young people was that whatever they chose to do in life, they could and should be faithfully serving the Lord through their local church.

Prior to becoming the associate pastor of First Baptist, Wade served in the association’s resort ministry. He preached at the Juniper Ridge Resort one summer. And oh, by the way, Jack led the music for Wade in those services.

I asked Matt Gaston, “What could a pastor do if he had a hundred men like Jack and Wade Carlisle?”

“He would be unstoppable,” Matt replied.

I was sad when I learned my friend Jack Carlisle had passed, but I knew he had been ill and since he was 83 years old, I knew he’d lived a life filled with love, hard work and a dynamic relationship with Jesus. But I was shocked beyond belief when I learned my friend Wade Carlisle had been taken from us in a car accident. However, I rest in the assurance that Wade, too, had a deep and abiding love for Jesus and that he served Him through his church and his community.

“Father, please give us more men who love you and put you and your kingdom’s work first and foremost in their lives.”

Rik Danielsen is a former Arizona pastor and retired director of missions for Yavapai Baptist Association.