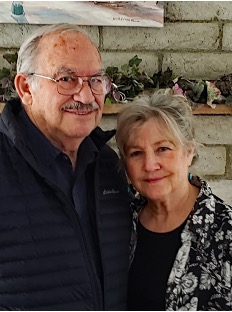 Cochise Baptist Association voted to call Larry Loper as the new director of missions on Jan. 12. Larry, and his wife, Karen, started serving in the new role effective Feb. 1.

Loper has a background living in southeast Arizona, moving there in 1953 and graduating from Bisbee High School in 1962.

The Lopers have extensive experience in missions, serving 24 years with New Tribes Mission in Mexico, which included four years reaching out to the remote los Guarijio tribe in Chihuahua. They then served with the North American Mission Board for 8 years, in Kansas/Nebraska as Hispanic church planting catalyst, then in the southwestern U.S. They most recently spent seven years serving on San Carlos Apache Reservation to lift up Christ, serving six of those years at the Apache Detention Center.

Larry and Karen are excited about the opportunities to serve the unique people and landscape of southeast Arizona.

“There’s an urgency in our hearts to reach as many people as we can,” Loper said. “With many problems facing our country, I feel our time is extremely short.”

Loper is based in Benson, and the territory spreads out in a 120-to-180 mile radius that includes Douglas, Morenci, Thatcher, Safford, Sierra Vista, Bowie and many rural communities.

“We have a diverse group of churches,” he said. “We are serving Koreans, African Americans and Hispanics, as well as churches serving in agricultural, mining and tourist areas. In addition, we’re serving in communities with military, border patrol, cowboys, ranchers and college students.”

Having been in his position for a few months now, Loper has gotten the lay of the land.

“The relationship here with the pastors is awesome,” he said. “There are many opportunities to plant new churches. We’re especially looking at how we can start new churches in the Hispanic, populated communities.

“Finding new church planters is going to be difficult,” he continued, “because in many cases the planters are going to be bivocational. We’re trusting God to raise up indigenous workers from their local churches. Pray for us to receive wisdom from the Lord and to receive strategies and guidance to build teams.” 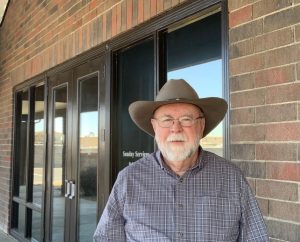 Rik Danielsen, director of evangelism and missions for Yavapai Baptist Association officially retired effective Oct. 29, 2020. Serving since early 2008, Danielsen led the association in replanting and planting efforts to reach Yavapai County and beyond.

“The highlight of serving was working with the pastors and leaders,” Danielsen said.

During the 2010s, the association replanted churches in Paulden (Set Free Church) and Cordes Lakes (Generation Church). In addition, Danielsen served and supported the establishment of River Church in Cottonwood, the planting of Aletheia Church in Sedona and the start of Dewey Fellowship. Aletheia Church, under Pastor Josh Jennings, has taken a leading role for missions in the region.

Serving Yavapai Association was not without obstacles. Prescott, the historic territorial capital of Arizona, is one of the wealthiest areas of the state, so the churches faced substantial opposition to the gospel in starting new work.

In addition, Danielsen said, “In Baptist culture, we absolutely honor the autonomy of the local church, but that limits us in our ability to help. We can only help churches that really want the help and ask for it.”

In retirement, Rik Danielsen is enjoying writing. He recently produced a book entitled Never Forget Eternity: The Three W’s of Christian Living. In this uplifting Bible study curriculum, Danielsen highlights the importance for believers to understand “Whose We Are, What We are Here For, and Where our Real Home Is.” Interested readers can find the book on Amazon.

Dave Arden is a former pastor in Yavapai Association and is a member of Aletheia Church in Sedona.