Last summer’s ‘Zona in a Box’ allowed camp to continue 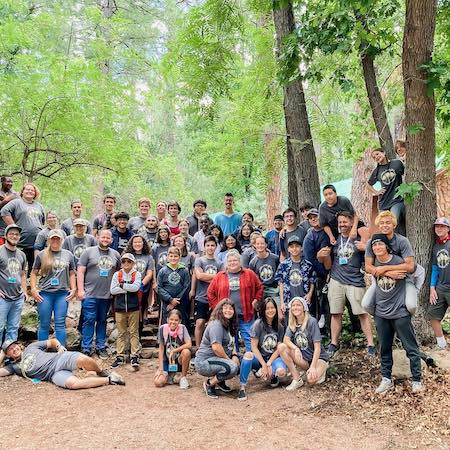 Last summer, camps were far from usual, just like everything during COVID-19! But, praise God, we still found ways to safely bring students out of their normal routines and into a fun, Bible-and-worship-filled weekend!

Zona Camp, which is partially funded by the Arizona Mission Offering, took the difficulty of COVID and turned it into a unique opportunity. The Zona team produced “Zona in a Box,” in partnership with Pastor of Apologetics Robby Lashua from Desert Springs Community Church and CalvaryPHX.

Zona in a Box utilized the production team from Calvary to create a video-based, online package of everything that helps to make Zona the camp that it is. Included were four main video sessions with Robby, several mission project ideas, helpful worship team tips, ideas for activities and games, and small group materials — everything needed for a church to host their very own Zona Camp.

The theme of the year was “Apologia,” and all of the material encouraged the students to be firmly established on the reliability of our faith, based mainly on the overwhelming evidence of the resurrection being a true, historical event. The small group time focused on the practical aspects of apologetics, looking at the transformed lives of those biblical characters who experienced the truth of the resurrection.

Hillside Baptist Church, First Southern Baptist Church of Glendale, Mercy Hill and Flagstaff Christian Fellowship took the opportunity that the Zona team had created and put on ‘Rona Zona at Mountain Meadow Ranch in Payson. To reduce the risk of a COVID breakout, parents had to affirm that the student had not had any symptoms leading up to camp, nor had they been exposed to anyone with COVID. Additionally, temperatures were checked before leaving for camp, after arriving at camp and every morning before entering the dining hall, and wash stations were positioned across the camp for really, really good hygiene! 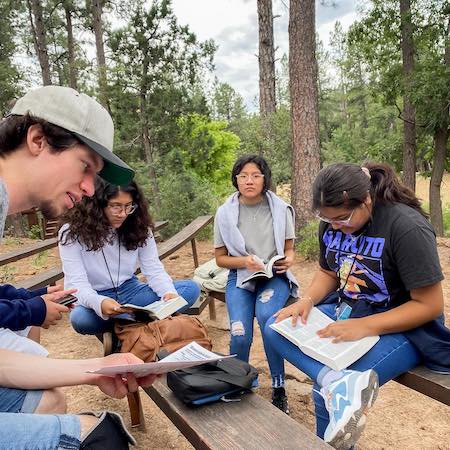 While all of this made it a very different camp than anything anyone had experienced before, God was faithful to show up as His people gathered. Students were challenged and encouraged in their faith, and not just spiritually, but intellectually and academically, too. With so many leaving the faith in early adulthood, what a blessing it was to see teenagers grappling and grasping the logical evidence for our faith! Students expressed desires to renew their commitment to Christ, to be baptized, and even to go into ministry. Not to mention, they had a fantastic time shooting foam arrows at each other during dodge ball!

And God worked in each of those student’s lives.

And, to top off the goodness of God, there was not a single case of COVID reported in the weeks following. Praise God for His many blessings!

Andrew Marchbanks is the minister to students at First Southern Baptist Church at Sahuaro Ranch in Glendale.