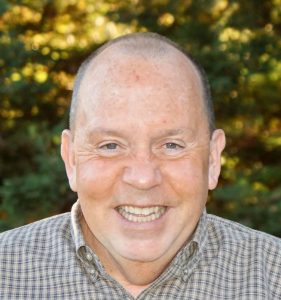 Tom Holland, program director with the Arizona Southern Baptist Convention from 1983 to 1990 and church planter in Arizona more than 20 years later, died unexpectedly June 16. He was 72.

“Tom Holland was an amazing servant of the Lord,” said AZSBC Executive Director David Johnson. “He served as a pastor, church planter, worship leader, denominational worker and chaplain. What stood out to me about Tom was not just his great spirit, but his heart for lost people. He was a soul winner who shared the gospel with contagious enthusiasm. He made a difference in many people’s lives!”

Serving Arizona Southern Baptists in the 1980s, Holland directed discipleship training, church music, Brotherhood (men’s missions education) and Vacation Bible School training. He joined the AZSBC staff after having served as minister of music and youth at First Southern Baptist Church (now Stone Ridge Church) in Yuma. He had previously served as minister of music at University Baptist Church in Phoenix and on a church staff in New Mexico.

Holland gave his life to Christ and was baptized at North Phoenix Baptist Church. It was also there that he answered the call to full-time Christian ministry, fulfilling a commitment he made as a six-year-old.

“I knew Tom Holland for nearly 45 years, and two qualities come to mind instantly as I think back over that time,” Newkirk said. “First, Tom was the consummate family man who was utterly devoted to his wife and children. And he was an amazingly gifted pastor who could sing, preach and lead. He could do it all well.”

He moved to Arizona and began GracePointe Church in Goodyear in 2011.

In his application to be a church planter, Holland told how he loved to see people come to Christ when, as a young Christian, he was part of a soul-winning team led by his father,.

“I shall never forget those experiences!” he wrote. “I saw people pray to receive Christ and knew that one­on-one evangelism is one of the most important responsibilities of every believer.

“It is my most heartfelt conviction that God has a similar plan for every one of His children. … I am convinced that God can use all of us, if we are open to His call and ready to be used by Him for whatever He might wish.”

Holland’s final ministry position was as a chaplain at LifeStream Complete Senior Care at Thunderbird.

“I’ve known Tom since the late ‘70s,” said Chuck Morrison. “It was only much later that we learned that we had both grown up at the same time in Oak Cliff, a suburb of Dallas. We’ve hunted and fished together, attended conferences together and worked together as a team twice.

“Tom and I were church planters together at GracePointe Church in the far West Valley and then were co-chaplains at LifeStream Complete Senior Care at Thunderbird. Tom was a faithful supporter of my ministry and we talked frequently while I was a church planter in Montana.”

Holland resigned from LifeStream to care for his wife, Mary Ann, who had health difficulties. They were married for 48 years before she died in 2019.

“The thing I most admired about Tom was his unwavering devotion and care for Mary Ann,” Morrison said. “He missed her tremendously, and I pray that I was a good friend to Tom as he struggled with his grief over his loss of her and of their son, Tommy, [who died unexpectedly in 2016].”

Holland is survived by his daughter, Ann, and her husband Noah Miller; granddaughter Harper Holland; and one brother.

Plans for a memorial service are pending.