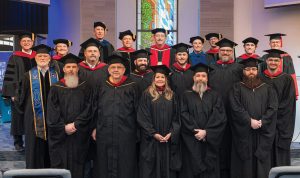 The degrees and their recipients were: 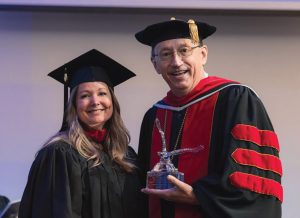 Dustin Willey received the Dan and Harriet Stringer Award, which recognizes a graduate who has persevered through significant personal hardship to pursue his or her seminary education. Willey met all challenges while earning his degree, pastoring a church and raising a family.

Jeremiah Hayes received the Lifeway Award in Pastoral Leadership, embodying significant pastoral skills and leadership of a church. Hayes showed effectiveness at speaking to his classmates and taking the helm in pastoral assignments and lessons.

Pierson Bryce Tang Harris received the Zondervan Award in Biblical Hebrew, which is granted annually to a graduating Gateway student in recognition of excellence in scholarship in New Testament Greek studies. Candidates may be from any campus. The award includes a presentation medal, a certificate and a volume of choice from Zondervan Publishing.