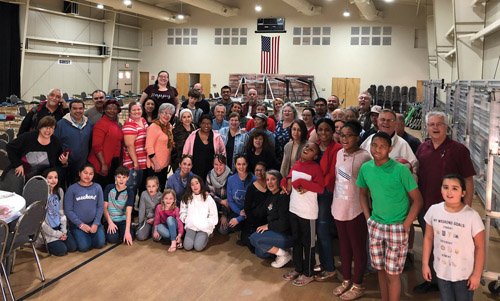 Just as many Arizona families were wrapping up leftovers from Christmas dinner, members of First Southern Baptist Church, Avondale, started feeding and caring for a steady stream of refugees from Guatemala, Nicaragua and Honduras.

The U.S. Immigration and Customs Enforcement (ICE) had processed the immigrants and could either release them to a church or onto the streets. That’s when Pastor Jack Marslender’s congregation stepped in. First Southern, Avondale, cared for about 176 refugees over the two weeks following Christmas.

“Our agreement to help was not a political statement,” Marslender said. “It was an act of love to people in need.” He went on to state that his congregation worked in full cooperation with the immigration authorities and the laws governing the refugees’ entrance into the country.

“These were people — all of them families — who had come into our country legally, with sponsors awaiting them in cities across the nation,” he said. 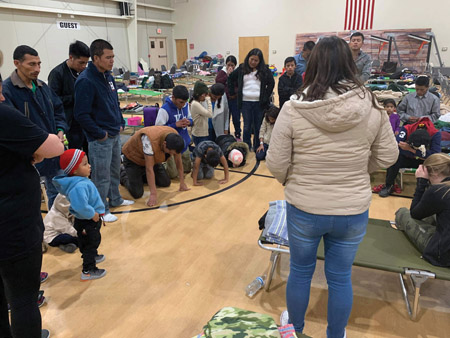 The church was joined by individuals, businesses and other nonprofit organizations in the community in serving the group, of which more than half were children. Local high school Spanish teachers translated, a local fire department furnished child car seats, city council members assisted, State Representative Diego Espinoza translated and Hickman’s Family Farms provided and cooked breakfast.

How exactly did the church serve the refugees? They fed them, provided showers, cots and blankets for a night or two and furnished them with essentials such as backpacks, clothes, towels and hygiene items. Then they made travel arrangements for the refugees to connect with their pre-arranged sponsors as far away as Chicago or Florida, and transported them to the Phoenix bus station.

But the church also engaged the refugees in Bible studies and prayer meetings each evening.

“When I would say let’s pray, many of the refugees, who were mostly Catholic, would kneel or lay face down on the floor and cry out to the Lord and ask for help,” Marslender said. “They were such grateful and humble people.”

Marslender told about one of the refugees he encountered through a translator. He said Juana was a 22-year-old woman who traveled from Guatemala with her six-month-old daughter to get away from gang violence that had infiltrated her community and escape the financial extortion she had succumbed to in order to keep her and her daughter safe. Before leaving Guatemala, Juana had paid 1,000 quetzals, about half-a-month’s salary for the average wage earner and equal to about $130, for protection from the violence.

“We chose to accept them in the name of Christ and love them and help them,” said Marslender. “We do this for all people, regardless of their skin color, nationality, faith background, language or immigration status. When we say we love people, it often comes with an obligation to offer time, housing, food, clothing and attention. That’s the nature of love.”

The church’s gym, from which they assisted the refugees, is normally used for other weekly activities but was available during the Christmas break. If the facilities are available for use again, the pastor says the congregation will certainly consider offering aid in the future.