From Arizona to Mozambique and Back 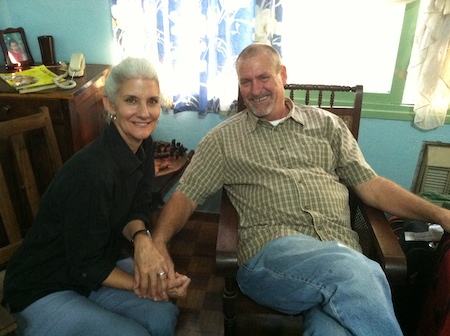 Ten years ago, Jim and Susan Oetter, members of Royal Palms Baptist Church in Phoenix, joined the Master’s program with the International Mission Board to serve in Mozambique for a single term. Last summer, they finished their third term and moved back to Arizona.

What challenged this empty-nester couple to move their lives to a country on the southeast coast of Africa and stay longer than planned?

“We were either brave enough or naïve enough to go,” joked Jim.

In all seriousness, after two short-term trips to the area in 2008 and 2010, Jim said, “It was plain to see while we did not feel ready or prepared, the Lord equipped us to do what He had for us each step of the way.”

After years of teaching and discipling Arizona Southern Baptists, Jim and Susan continued this work in Mozambique. Working with local Baptist church leaders, Jim spent much of his time teaching the basic theology and doctrines of the Christian faith.

One idea Jim had to address was that the gospel was not just an invitation to go to church. Dismantling this concept allowed Jim to teach the local Baptist believers how to share a salvation story that resulted in a life transformation, not merely a change in Sunday plans.

As a result, many of the people who were name-only Christians came to experience a gospel transformation in their own lives.

The next step was training believing Christians and local pastors how to share the gospel with others. Jim spent time helping them develop an understanding of how the gospel could be shared in their context so that they could share with others themselves — and not just invite their friends and neighbors to church. Not everyone followed through immediately.

“With this kind of work, you are not going to see immediate, long-lasting results,” Jim said. “Those kinds of results take time.”

Because of this reality, when their first three-year term neared its close, they did not feel the timing was right to return home.

“We felt like we had just gotten our feet wet understanding language and culture. There was so much more to be accomplished,” Jim said.

During their second term, their work hit a fulfilling stride. Their first term had equipped them in such a way that their ministry efforts began to bear fruit. 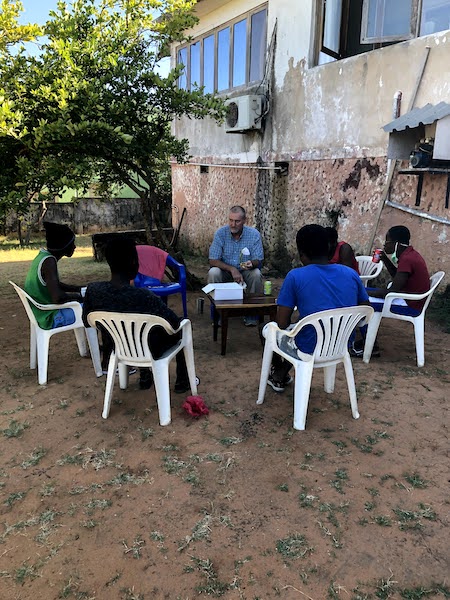 While Jim worked with the local Baptist leaders, Susan engaged people outside of the church culture in their city by using her teaching skills to offer English as a Second Language (ESL) classes.

Investing their lives in the community opened opportunities for conversations and connection as their local friends realized the Oetters were willing to walk alongside them in the good and the bad times. Not only did they model how faith grows under difficult circumstances, but their loving, healthy marriage provided a positive example to young families.

When the COVID-19 pandemic began in early 2020, the Oetters had the opportunity, along with all IMB personnel, to return to the United States. Nearing the end of their third term in their second city of service, they still felt they needed to stay put.

During this time, a new student from the majority religion started attending Susan’s ESL classes. As a result, he and his mother heard and accepted the gospel.

Jim and Susan’s willingness to stay during a difficult time allowed them one more opportunity to be a part of God’s plan in Mozambique.

As the Oetters considered their next move, they could see how the local Baptist church and its leaders had grown in faith and obedience. Local believers were continuing to share the gospel using their own words and testimonies of transformation. The church was ministering to displaced peoples by providing food and clothing.

The feeling of release to return to Arizona was as clear as the call was to go to Mozambique a decade before.

“Men make their plans but the Lord establishes their steps,” Jim quoted Proverbs 16:9. Susan added, “Take what God has developed in you — your expertise, office skills, computer skills — you can use it to share the gospel.”