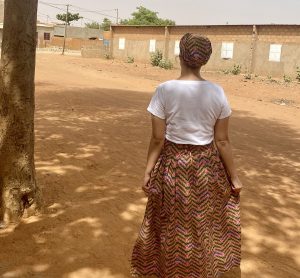 Growing up Southern Baptist in Arizona allowed me not only to learn about missions from a young age, but it also gave me many opportunities to get hands-on experience. Because churches work together, Southern Baptists have many ways to get involved in missions, locally and internationally, at any stage in one’s life.

As I’ve been part of local outreach and service projects within the community and then crossing the ocean and moving to the Sahara, the Arizona Southern Baptist Mission Network, through the local church and our larger missions’ network, has opened doors for me to share the Gospel with the lost and serve those around me for the glory of God.

My first mission trip as a teenager was a week-long partnership along the Mexico border with a Spanish-speaking church. I helped with outreach in the community through VBS and cleaning up property.

Over the next several years, within the context of my local church, I grew in my ability to share the Gospel and disciple others. I was discipled and given leadership opportunities within my youth group, and I served as a counselor for both kids camps and Zona Camp. While I was a counselor at Zona Camp, I helped serve in the missions track that combines study of the Word with hands-on projects in the area. 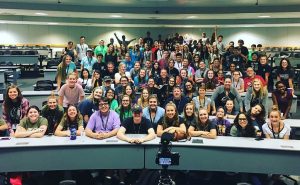 For Rachel Joy, serving in the missions track and other experiences at Zona Camp were instrumental steps in her missions journey.

During college, I felt the Lord leading me more clearly to missions, and God opened the door for me to go through Nehemiah Teams.

Nehemiah Teams is a program through Southern Baptists that equips college students to go overseas for two months to serve alongside current workers with the IMB.

I went to the Philippines, where I got a taste for what it’s like to serve overseas. We spent time in four small villages on islands sharing the Gospel with all who would listen. We began Bible studies and were able to see people come to know the Lord and others continue to seek out the truth in His Word.

We partnered with locals and sought to till the ground for future work. While serving with Nehemiah Teams, I heard about the Journeyman program through the IMB and knew it would be a great opportunity to experience a longer time of service and learn from other workers already on the field. 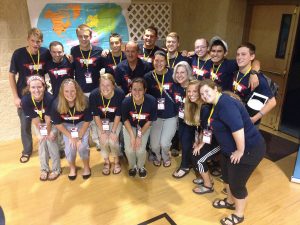 As part of Nehemiah Teams, Rachel Joy spent two months in the Philippines serving with other college students alongside IMB workers. Opposite page, now, as an IMB Journeyman Rachel Joy serves in West Africa.

While I was preparing to go overseas as a Journeyman, the missions committee at my church was looking for more ways to get involved with missions at the state level. By God’s grace, while at Zona Camp, I met Tommy Thomas, a now-retired church planting catalyst with the North American Mission Board. He spoke of the need for churches to come alongside and partner with church planting efforts in northern Arizona.

Our missions committee decided to travel to the Hualapai Reservation and coordinate with other Arizona Southern Baptists who were also seeking to build relationships in this area.

Now I am finishing out my first term as the orality strategist on my team in West Africa. The Lord has led me to West Africa to help train believers in sharing the Gospel with a predominantly oral culture by using stories. 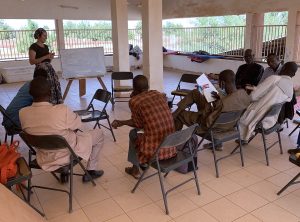 As the orality strategist on a team in West Africa, IMB worker Rachel Joy trains believers to share the Gospel using stories.

It is because of the cooperation of Southern Baptists that I can live in West Africa and share with my Muslim neighbors the Good News of Jesus Christ.

The Lord has always worked, and will continue to work, around the world for His glory, and it is our joy to come join Him in that work.

*Name changed for security
Rachel Joy* is an IMB missionary from Arizona serving in West Africa.

Pastors’ Conference: A message of hope, a challenge to community ministry