First Person: A gift of songs 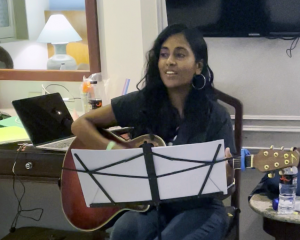 What’s in a song?

At its core, it’s merely a stringing together of words that communicate a message adorned by a melody. In and of itself, it can be a beautiful, powerful thing that has an ability to stir the soul and unite those who engage with it.

It seems simple, yet when this tool is used for the purposes of a Holy God, that simplicity is emboldened and a powerful weapon is forged.

I got to wield that weapon this summer.

We stood in a tiny room at a hotel in Southeast Asia. The floor tiles were cracked, there were no chairs to sit on and the walls were bare. The only redeeming quality of this room was that it had air conditioning and gave us all temporary relief from the steamy, sticky heat that was sure to greet us when we ventured back outside.

Having set up our minimal sound equipment, we waited for the students to file in and fill the tiny space we had prepared for them. Our mission team had traveled across the world to greet these students, and our hope was to pour into them and uplift them. 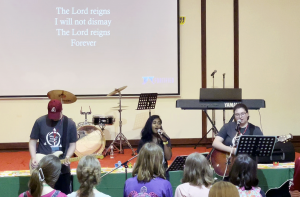 Their parents chose to heed the call to take the Gospel overseas, and they came along for the ride. Over the last three years, they’ve had to endure the countless complications of COVID-19 and upheaval in the countries they served in.

Many of them were starved for community, in the middle of a long season of uncertainty, in various stages of healing from hurt, and in deep need for a space to worship God fully with others who understand the situations they are in.

As soon as we started singing the first song, two things became clear.

First, what these teenagers needed to worship the Lord was simply the opportunity to do so. Once presented with it, they worshiped with total surrender and conviction.

Second, we were the vessels God chose to speak His truth to them, and He planned for this week long before we did. Though we planned for months, it quickly became apparent that God’s plans for each of us stretched back much longer than I thought.

Over the last six years, God solidified my call to be a worship leader and to use my voice for Him. He also provided me a way to write new songs with others who are more skilled than me. 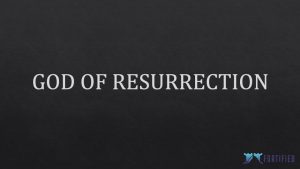 Click on the image above to listen to the students sing God of Resurrection by Rezwana Derbyshire and James Tealy.

Armed with my voice and my guitar, I’ve played them quietly in my house for years, wondering who these songs were for and what use God had for them. As I looked around that tiny room crammed with teenagers, their arms outstretched and their voices lifted — singing the same songs I used to sing alone — the Lord whispered to me, “I gave you these songs so you would share them with My people.”

So I shared and we sang. 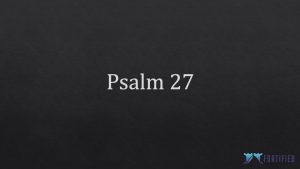 Click on the image above to listen to the students sing Psalm 27 by Rezwana Derbyshire.

They were powerful because God orchestrated every moment we shared and used songs to turn many voices into one voice declaring the truth about the One True God.

Rezwana Derbyshire, a singer, songwriter and author, is a member of Apollo Baptist Church in Glendale.