Equipping the next generation

Since the beginning of the 2021-2022 school year, as many as 12 public high school students in Show Low have been spending an hour during the school day studying the Bible and learning what it means to be a follower of Christ.

How did the prayers of Southern Baptists for students to get an opportunity like this become a reality?

Show Low High School offers students who are current with their credits an opportunity to take a release hour. With their parents’ permission, students are allowed an hour to pursue off-campus activities.

Last summer, a member of First Baptist Church of Show Low suggested to Pastor Jason Stanley that he consider creating a religious release activity, similar to the one offered by the local Mormon church.

First Baptist had been looking for ways to minister to the community, so Stanley approached the school about this possibility. He received permission to hold a religious studies class at the church as a school-approved release hour. 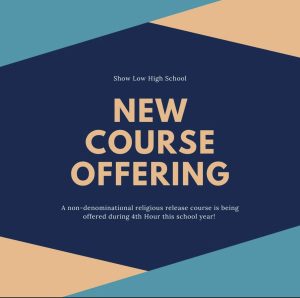 The class meets four times a week for 40 minutes. The students, with their parents’ permission, are driven to the church, which is less than a mile away.

While this class could have been an overwhelming extra task for Stanley, he didn’t need to work alone. Three other Great Commission partners in the area, including Pastor Curtis Farhlender of First Baptist Church of Pinetop, stepped up to help Stanley teach.

Working together meant that each teacher could bring their best to the students. Subjects have included doctrine and theology, basic habits of the faith, apologetics and New Testament life application.

“There are more opportunities, especially with schools, than we think there are,” Stanley said.

Stanley recommended that church members ask the guidance counselors at the schools in their communities how their churches can help teachers, students and families. He also encouraged churches to be supportive of student-led initiatives. 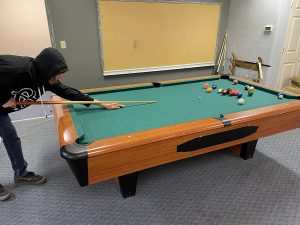 “Rather than wait for the community to come to you, take any opportunity that’s available,” Stanley said.

The students who come to the release hour class at First Baptist have a variety of reasons for attending. Some are busy with sports or after-school jobs and cannot attend church youth activities.

The time during the school day meets a spiritual growth need that would otherwise not be met.

“The school has been very cooperative,” Stanley said.

Plans to continue this release hour class for the 2022-2023 school year are already underway.