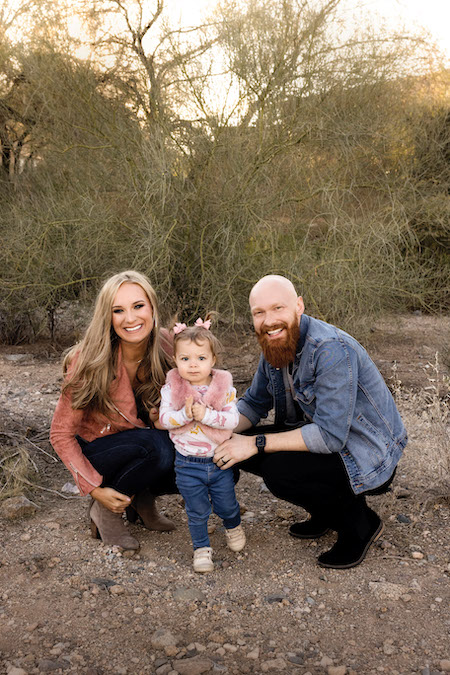 Cross Church in Laveen is a new extension of Cross Church, whose main campus is in Surprise, and like many other organizations, it had difficulties during the start of the pandemic. Only Cross Church Laveen was fighting an even tougher battle: it hadn’t opened yet.

Regardless of the dire-looking circumstances, Laveen Pastor TC Mooney didn’t let it faze him. He and the church adapted and launched a new plant in a time when everyone was struggling.

Since then, they’ve celebrated their surprising success and used it to fuel hope for the coming months.

Cross Church and Mooney were able to make connections in their community by using a new strategy. They began to film services for online use, added some worship time and did online promotion to get things going. The following of people tuning in to watch from YouTube and Facebook was small at first.

However, they saw longer sermons and services didn’t get a lot of play, so they shortened them to increase engagement. The result was videos with one song and a short message.

They began to make even shorter videos, around three to five minutes long, to reach a larger audience in the youth community. The videos proved effective in getting the church name out into the community and making connections.

“We recognize names, and the cool thing is some of those people reached out to us asking, ‘Hey, can you pray with us?’” Mooney says. “We have done food events in the community, and people on Facebook reach out and ask, ‘When’s the next one?’ When we have another one, we let them know. Now we have a food pantry.”

People have also reached out to the church through other social media, which has given the church opportunities to share the gospel and God’s love.

Cross Church also celebrated their first baptism. The Mooneys shared the gospel with their insurance agent, and she accepted Christ as her Savior. She was baptized a few weeks later and has been involved with the church since.

Mooney and the leaders at Cross Church Surprise were planning to meet in March 2020 to discuss a new location for Cross Church Laveen, but when the shutdown occurred, the plans were put on hold.

In June, when it appeared things were going to reopen, Mooney was eager to pick up where they had left off, and they managed to quickly launch the plant with success. The doors opened to many visitors.

The future of Cross Church Laveen seemed bright … but the virus made its return and the church had to change plans.

But Mooney didn’t see it as a setback — he saw it as an opportunity.

“There are going to be a lot of people looking and starving for a relationship,” he recalls saying. “And so, if we do the work now to help them recognize the type of church we are, then hopefully that’s where they start coming to engage and make relationships.”

Mooney says the biggest way they like to celebrate what’s happened is by focusing on what God’s going to do in the future.

“COVID changed our strategies and changed our plans, but if God did it before, we know He’ll do it again,” the Laveen pastor says. “That’s how we get ready for what God’s going do.”

Troy Hill, a student at Arizona State University’s Walter Cronkite School of Journalism and Mass Communication, is a member of Mercy Hill Church in Phoenix.