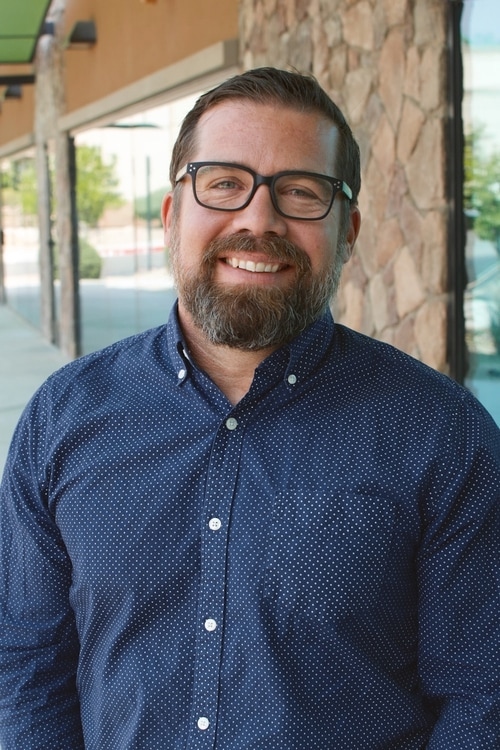 Brian Bowman, lead pastor of Valley Life Church Tramonto in north Phoenix, began serving as the North American Mission Board’s Send City missionary for Phoenix May 1. While taking on this role with NAMB’s Send Network, which focuses on church planting, he is continuing as pastor of Valley Life.

“I’m really thankful for a church that embraces our responsibility in the state to champion church planting,” Bowman said. “In the past that has meant sending members, leaders and generous givers to make new church plants, and now it means allowing me to divide my time.”

In his new role, Bowman will champion church planting in metropolitan Phoenix, one of NAMB’s 32 Send Cities.

“It’s very important to me that only churches plant churches,” he said. “No denominational organization can, or even should, take on the responsibility for planting churches. The Send Network merely organizes that work.”

Church planting is “the function of a healthy church,” Bowman said. “I really do believe that, for too long, we have not turned the key on existing churches to see if we can get them to do what they were created to do. These churches were created to make disciples and to plant more churches. Until we recognize that’s what they were built for and let them do their job, we are hindering them from fulfilling one of their purposes.

“We should pray that pastors press their church’s ‘on’ switch — turn that disciple-making, church-planting machine on and see what it can do.”

Bowman has experience and history with NAMB in church planting. Seventeen years ago, he and his family moved from Oklahoma to Portland, Ore., to plant a church.

“At that time, NAMB operated much differently,” he said, “and my family felt isolated and unsupported. When we began Valley Life Church, it was important to me to help other church planters not have the same experience that I did.

“It was providential that NAMB changed leadership at that time and began to emphasize support and care of church planters, which dovetailed nicely into my vision for Valley Life,” he continued. “We wanted to make disciples and plant churches.”

“We have a long way to go to create that kind of buy-in on the part of sending churches, but that’s what I want to see happen,” he continued.

Since Valley Life Tramonto was launched in January 2012, five more Valley Life churches have been planted in metro Phoenix. Four are still in the Valley Life network, and two left the network but remain Arizona Southern Baptist churches.

Starting this month, Valley Life Tramonto has a new church planter in residency.

“We will train him as long as necessary before sending him out with some of our very best leaders to make a church,” Bowman said.

When asked how people can pray for Phoenix, Bowman said for a long time his answer was, “Pray for leaders.” Now, his answer is more specific.

“Pray that God raises up workers from inside of Phoenix to make disciples and plant churches, to train church planters and to identify church planting teams from within these sending churches who will guide the next church plants,” he said.