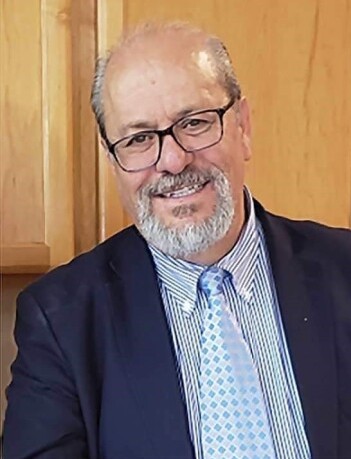 “Jamal Bishara was a faithful church planter, pastor and passionate advocate for Arabic-speaking believers here and in his homeland of Israel,” said David Johnson, Arizona Southern Baptist Convention executive director. “He was loved and respected by those in the Palestinian community in Phoenix, regardless of their faith perspective. He made sure his church and Arabic-speaking ministry in Phoenix had a secure future. Pastor Jamal finished well!”

As pastor of First Arabic Baptist Church since 1988, Bishara’s passion was the study and teaching of God’s Word. He was a servant who genuinely loved people and built relationships, always seeking to meet their needs.

As a covocational pastor, Bishara also worked for the largest dialysis company in the world as a technical manager to support his family and the church.

Earlier this year, First Arabic sold its property to a Hispanic congregation and was adopted by Apollo Baptist Church in Glendale. Bishara preached for the morning worship service on March 7.

Bishara was locally and globally minded and passionate about international ministry.

From 2014 to 2016, he served on the Southern Baptist Convention’s Multiethnic Advisory Council. The council sought to help Southern Baptist leaders more fully understand and appreciate the perspectives ethnic churches and church leaders bring to the common task of reaching people with the gospel.

The gathering — held in conjunction with the Southern Baptist Convention annual meeting — included a joint worship service of Arab, Kurdish and Jewish followers of Jesus and a fellowship meal. The joint worship service came about through the friendship Bishara and SBMF President Ric Worshill developed as they served together on the SBC Multiethnic Advisory Council. Also attending the worship service were Muslims who had not yet trusted Christ as their Lord and Savior but valued the friendship First Arabic offered.

Bishara dedicated his life to help all people in need, regardless of their origin or religion. He was one of the founders of the Palestinian Community Center in Arizona and was elected to serve as a board member and served as its treasurer.

He created The Bishara-Arabic Christian Ministries Legacy Endowment Fund to continue his legacy of ministry of spreading the gospel to the ends of the earth.

Bishara was born in Nazareth, Israel, and was one of 12 children born to Najib and Deeby Bishara. He had a close relationship with his parents and siblings throughout his life, even when they were spread out across the world.

He moved to the United States in 1978 and graduated with a bachelor of science degree from Grand Canyon University. He also earned master’s degrees in business and theology.

A service was held at Apollo Baptist Church May 1.

In lieu of flowers, donations may be sent to the family for the Bishara-Arabic Legacy Endowment Fund.

–Baptist Press contributed to this story