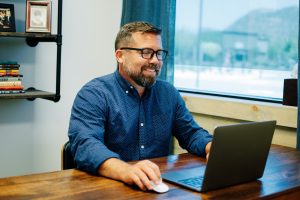 In 2017 Brian Bowman, pastor of Valley Life Church Tramonto in Phoenix, realized there was no place for Southern Baptist pastors and ministers across Arizona to be transparent and real, to share both their hurts and their victories, so he started a private page on Facebook called “Arizona Southern Baptist Pastors and Ministers.”

This is a private group, and one must ask to join. Those who are in ministry in Arizona Southern Baptist churches are allowed to join and see what others post. Bowman makes it clear that self-promotion and spam are not allowed on the page.

We all have experienced the changes to church life and ministry that have taken place during the COVID-19 pandemic. Churches have closed, reopened and closed again. 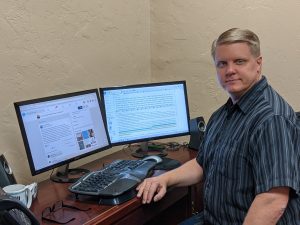 Ed Eddingfield, pastor of First Southern Baptist Church of Tucson, found the Arizona Southern Baptist Pastors and Ministers group to be a place pastors could get help navigating the need to produce livestream videos of services and sermons for members who are living in quarantine and isolation. He says it is also a place to get solid biblical advice from his peers during these challenging times.

Resources have been exchanged on the page, too. One church had chairs to give away, and another pastor needed help developing a policy for staff sabbaticals.

Eddingfield says one of the things that has helped him this last year was learning from others how to navigate the legal and moral ramifications of dealing with COVID-19. He appreciates the fact that the men in this group understand the biblical mandate to protect the people God has called them to serve.

Chip Short, pastor of First Baptist Church of Fort Mojave, says he likes this group because it is made up of like-minded people who have the same calling with whom he can strategize, joke and bellyache.

Chad Murrell, lead pastor of First Southern Baptist Church of Scottsdale, finds this page to be a place where he can ask for prayer and bounce ideas off other pastors. He knows this is a closed group where he and others can be honest.

Brian Bowman says his favorite thread on the page was one he started right after Easter. He posted: “Well fellas, we wanna hear it! All the good stuff that happened. Don’t hold back. You’re among friends. We wanna know if it was record attendance! If the Holy Spirit was powerful as people sang! If the sermon was one of your best-ever! Don’t worry about sounding like you’re bragging, we know Jesus builds his church.”

There were 62 responses to that post. Several pastors gave glory to God for the highest attendance they had ever had. Several were able to share about numerous people who gave their lives to Christ and those who followed Christ in believer’s baptism on Easter Sunday.

Chad Murrell says he would encourage pastors and ministers to get involved with this page. He, too, says it is a place where you can ask like-minded pastors for resources such as counselors, books and referrals. Personally, he enjoys the encouragement he receives from this group.

Rik Danielsen is a former Arizona pastor and retired director of missions for Yavapai Baptist Association.

—Pray for the Arizona Southern Baptist pastors and ministers in our state as they navigate these challenging times. Ask God to bring them encouragement and support.