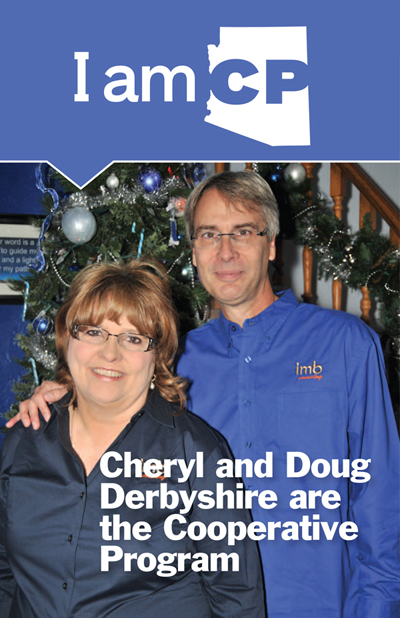 Dr. Doug and Cheryl Derbyshire serve as IMB missionaries in Thailand, where they share the gospel in many venues, including mobile medical clinics, English classes, and an artisan ministry that helps women support their families.

Doug tells about a conversation with a man at a mobile medical clinic:

“I asked if he had heard about God before. He looked at me perplexed and said no.

I explained that it was God who had made the world and had given us a conscience so that we would flee sin and know Him. He had many questions — he had never heard the story. I finished sharing, and asked if he was ready to submit to God as Lord and ask His forgiveness.

Again, he looked perplexed, even more troubled. Weighted by the truth he had just heard, he looked up and said, “I’ve never known God was out there. I’ve never even considered that God could exist. … What should I do?”

It was a life-changing, eternity-changing moment. Just an hour earlier, his biggest problem in life was a recurring headache. Now he weighed changing his entire belief system after hearing news from a stranger.

It took him some time to decide, but he could not overcome his need. I prayed for him and then he bowed his head and prayed aloud, repenting of his sin, confessing his belief in God, and asking to belong to God from then on. It was his first time hearing the Message, and he took full advantage.”

With support from your church’s gifts through the Cooperative Program, Doug and Cheryl have been sharing the Good News in Thailand for more than 20 years.

Cheryl and Doug Derbyshire are the CP.