A Journey to Reach Native Americans 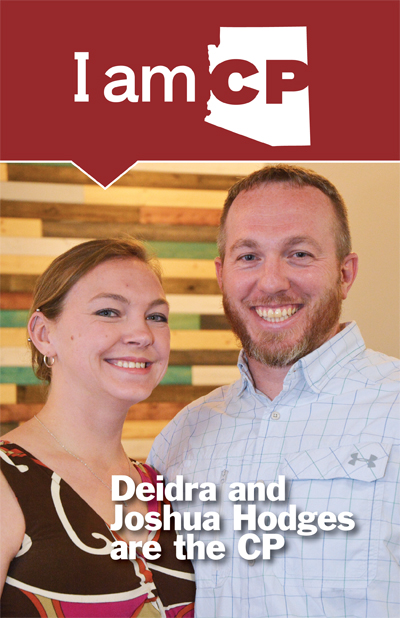 Joshua Hodges’ journey to Arizona has been filled with divine links. When Joshua traveled to the state on a mission trip, he initially helped at First Indian Baptist Church in Phoenix. It wasn’t long before he knew this was where God wanted him to be.

“I feel like this is what God was doing in my heart,” he says.

First Indian helps support a tiny church, Every Tribe & Nation Baptist Church in Mesa, which was known as Indian Baptist Fellowship at the time. Joshua, then a North American Mission Board Mission Service Corps volunteer, was asked to lead Bible study at the little church.

The young volunteer led the small group of just six in a five-week study of Flickering Lamps, a book written for plateaued and declining churches. Members took the concepts to heart, and the church began to grow. Several people have since accepted Christ and joined the church.

“The study sparked something in me and my wife, Deidra,” Joshua says, and led to his accepting a call to lead the church permanently. As a church replanter with NAMB, and as a recent graduate of Gateway Seminary’s Arizona Campus, he’s seen firsthand the value of the Cooperative Program.

Under Joshua’s leadership, Every Tribe and Nation is reaching out to the Native American student population at nearby Mesa Community College. Church members have held prayerwalks on campus, as well as hosted lunch for students at the American Indian Institute at the college.

“Our hearts for students at MCC has connected us with Christian Challenge,” he says.

But without support from the Cooperative Program, these many connections would never have occurred.

Deidra and Joshua Hodges are the CP.