Good News of a Loving God 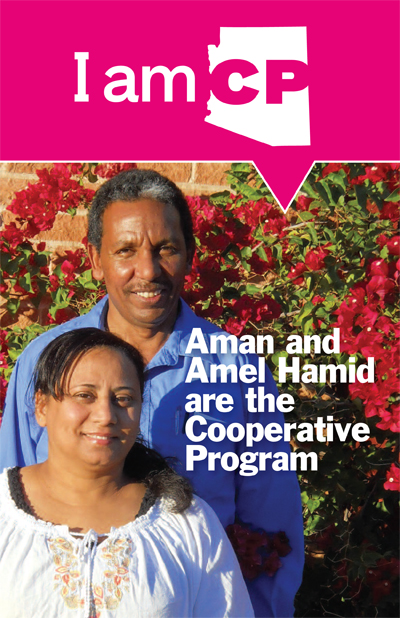 Living as a Muslim in Sudan, Aman Hamid didn’t know what it was to feel the love of God — there was no assurance, no hope. “There is no ‘God is love’ in Islam; it is just judgment,” he says. “You just have to obey God or He will punish you.”

Hamid had doubts, and he believes God used a verse in the Quran to draw him to Christ. It says Allah told Muhammad that if he had doubts, he should ask the people of the Book — Jews and Christians who follow the Torah and the Bible. “I asked God to show me who I should follow, Jesus or Muhammad,” Aman says. “When I asked God, He gave me a desire to read the Bible. After I believed, I felt joy and freedom and started a new life with Jesus.”

“Since the first day I became a follower of Jesus, I wanted to share the good news. I wanted to proclaim the gospel,” Aman says. God opened the door for him to study at a Baptist seminary in Lebanon.

With assistance from church planting funds provided through the Cooperative Program giving of Southern Baptist churches, Aman and his wife, Amel, have started Tucson Arabic Church. They have plans to incorporate community-based services, such as English classes and a food pantry, to reach out to the Muslim community.

Aman cites Acts 18:9-11 “‘… keep on speaking, do not be silent … I am with you … I have many people in this city.’” There are thousands of Muslims in Tucson, students at the university and refugees from Syria, Iraq and Sudan. Hamid prays, “Show me where they are!”

Aman Hamid is the CP.