God Is at Work in Sedona 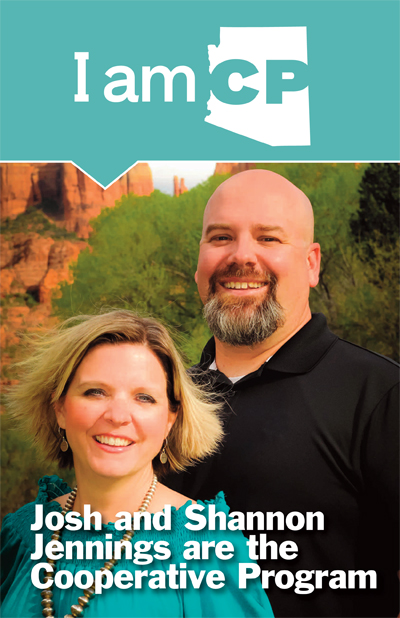 When Josh and Shannon Jennings visited Sedona following the annual meeting of the Southern Baptist Convention in Phoenix in 2011, Josh offhandedly remarked, “Somebody ought to plant a church out here.”

Today, the former South Carolinians are doing just that. They launched Aletheia Church in 2015. Aletheia is the Greek word for truth.

“I love the people of Sedona,” Josh says. “We have a real presence in the community. Our [church members] see this as an opportunity to serve our town.”

Josh and Shannon have worked hard to make inroads into the community. By hiking the trails with people, serving in the schools/parks, and truly loving their community as Jesus would, they have made an impact.

“When people first hear what we do, the walls go up. But when we show interest in them and care more for them than ourselves, the walls come down,” Josh says. The church family has been excited about people regularly coming to Christ.

Shannon finds ministry in the West to be refreshing.

“People are open and honest and don’t sugarcoat how they feel,” she says. “As long as people know you genuinely care for them, they are open to an honest conversation about Christ.”

Aletheia meets in the facilities of Crestview Community Church, a sister Southern Baptist Church, where Ken Nickell is pastor.

Josh’s strong leadership and Shannon’s boundless energy have been big reasons for the progress made. They now have dreams of multiplying and starting new churches as they influence the Sedona area and beyond.

“My biggest dream,” Josh says, “is that one day people will flock to Sedona not because it’s wildly spiritual but because God is working in people’s lives.”

Josh and Shannon Jennings are the CP.