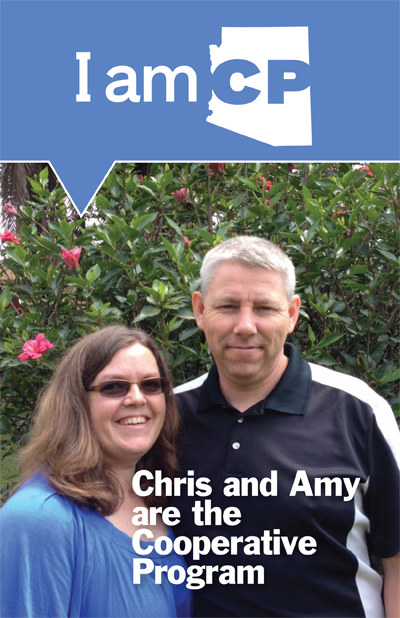 Chris grew up as an MK (missionaries’ kid) but never thought he had what was needed to do that kind of work. During college, God reminded him that He did not need any of his talents but only a willing and surrendered heart.

Amy used her summer break before her senior year of college to serve as a summer missionary through the Baptist Student Union. She served alongside many missionary families around East Africa, doing ministries with nationals as well as MKs. When her 10 weeks were coming to an end, she felt as though she could never leave. She did return to complete her education — and listen for God’s call on her life.

Their lives were drawn together by Africa, and after beginning a family, they answered the call to full-time ministry in Africa, after attending Southwestern Baptist Theological Seminary.

“During our 12 years in Africa, we have been able to witness many Muslims come to Christian faith,” they say.

“Through your generosity, we have been welcomed into villages to provide well water, medical aid, and handicap accessible school facilities. These projects have allowed us to share with villagers the Father’s love,” Chris and Amy report.

One local partner was one of the first to believe among his people. He has been persecuted and chased out of villages for sharing his faith. When asked why he keeps going back, he says, “I have seen the truth and the Father’s love and I cannot go anywhere without letting others know.”

“As you gave we went; and as you give, others are able to go with the Word to places that have not heard,” say Chris and Amy.

Chris and Amy are the CP.