From Burma to Arizona to Plant a Church 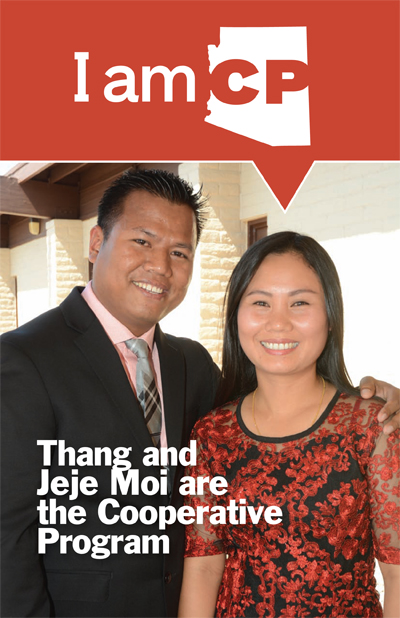 Living in Southeast Asia, Thang Moi wanted just one thing: To serve God. Thang grew up in a Christian home in Burma, now Myanmar, and earned a bachelor’s degree in theology in nearby India. After marriage, Thang and his wife, Jeje, lived in the city of Rangoon, where political unrest was constant.

“It was wars year-in and year-out,” Thang says. “And there was no freedom of worship.”

As a result, the young couple traveled to Malaysia and eventually the United States, settling first in Missouri, then Indiana.

“As I drove refugees [to job interviews], I talked about life to Muslims, [separated] Christian families, and Buddhists,” he says. “Some would ask me to pray for them in their homes.”

While it was illegal to talk about religion to his charges, once invited into their homes, Thang could tell them about God’s love.

Thang served in a Burmese church in Indiana, assisting the pastor.

“But I wanted to serve God more than that,” Thang says. So he began to pray that God would place him in full-time ministry.

Thang said on his 30th birthday, as he was praying, “My phone rang. I ignored it. But the same number called me three, four, five times.”

The telephone call was an invitation from Palm Vista Baptist Church in Surprise, Arizona, which led to his becoming pastor of a new church plant, Phoenix Falam Christian Church, which meets in Palm Vista’s North Phoenix location.

“God had big plans for me,” Thang says, smiling. “The Cooperative Program helps me manage my bills so I can focus on the mission.”

Thang and Jeje Moi are the CP.