A Winding Road to Arizona 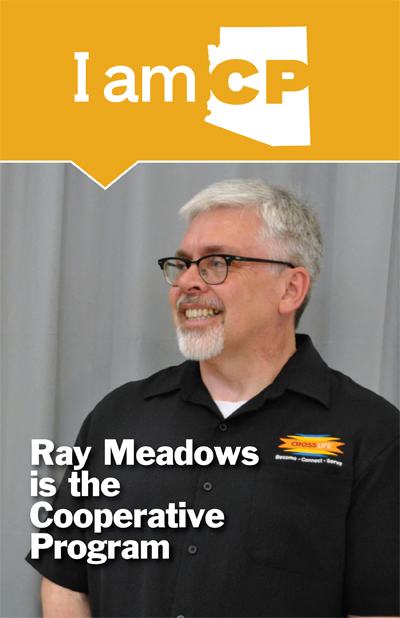 Ray Meadows, a preacher’s kid who never wanted to be a pastor, traveled a long and winding past to get to Arizona. Along the way, he found his calling as a church planter.

Early in his church planting career, Ray and his wife, Deenie, served a low-income, high-crime neighborhood in upstate New York. There, they helped meet the basic physical needs of people in the inner-city environment, as well as tutored kids to help keep them in school and out of trouble.

“During a meeting in a February snowstorm in that area, I heard Monty Patton [North American Mission Board Send City coordinator for Phoenix- Tucson] share about church planting,” Ray says. “Later, God called us here, and He has been opening doors ever since.”

In late 2016, Ray and his team launched CrossLife Church in the affluent community of Anthem, on the northern outskirts of Phoenix. “It’s a good place to plant a church, where we could then be active in planting other churches throughout the Valley,” Ray says.

After 25 years in information technology and systems design and management, Ray now serves as a North American Mission Board church planter and an adjunct faculty member teaching church planting at the Arizona Campus of Gateway Seminary.

He describes himself as a practitioner, teacher, and trainer.

“Twelve people moved here from around the country to help plant CrossLife,” he says. “We want to raise up people from within the church, to multiply trainers, and plant more churches that would impact the local and surrounding communities.”

Ray and Deenie Meadows are the CP.