A Vision and a Strong Base 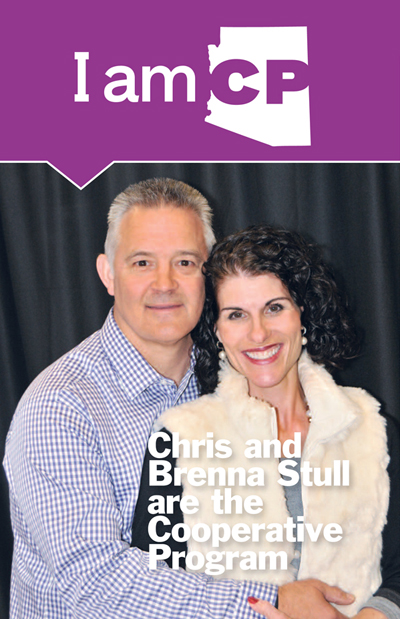 In the midst of a vibrant church ministry in a city voted the No. 1 place to dwell in America, Chris Stull hungered to be where unchurched people reside. Living in McKinney, Texas, gave us some of the best years of our lives, he says, “but, it was the burden God placed in my heart [to move].”

That burden led Chris, wife Brenna, and their children to move to Arizona and plant Wellspring Church in Goodyear in February 2014. “Arizona ranks among the top places where residents don’t connect to a church family and many have yet to hear the gospel,” Chris says.

Brenna Stull wasn’t as positive about moving at first, but God was also at work in her. “There were so many divine moments God revealed His plan that we both became convinced,” she says.

“I’ve found that outside of strong leadership on the part of any church planter/pastor/team, a new church work needs three things,” Chris says. “Number one is prayer. The power and necessity of prayer cannot be overstated.”

The second is people who come alongside early and often to promote, attend, take leadership roles, and more.

A strong base from the beginning allows Stull to think long term. He believes God will use Wellspring in three distinct ways in the next decade: to be a unifying catalyst and partner for revival, to lead a movement that connects people to a life-giving relationship with Christ and to equip them to grow and reproduce as believers.

Chris and Brenna Stull are the CP.